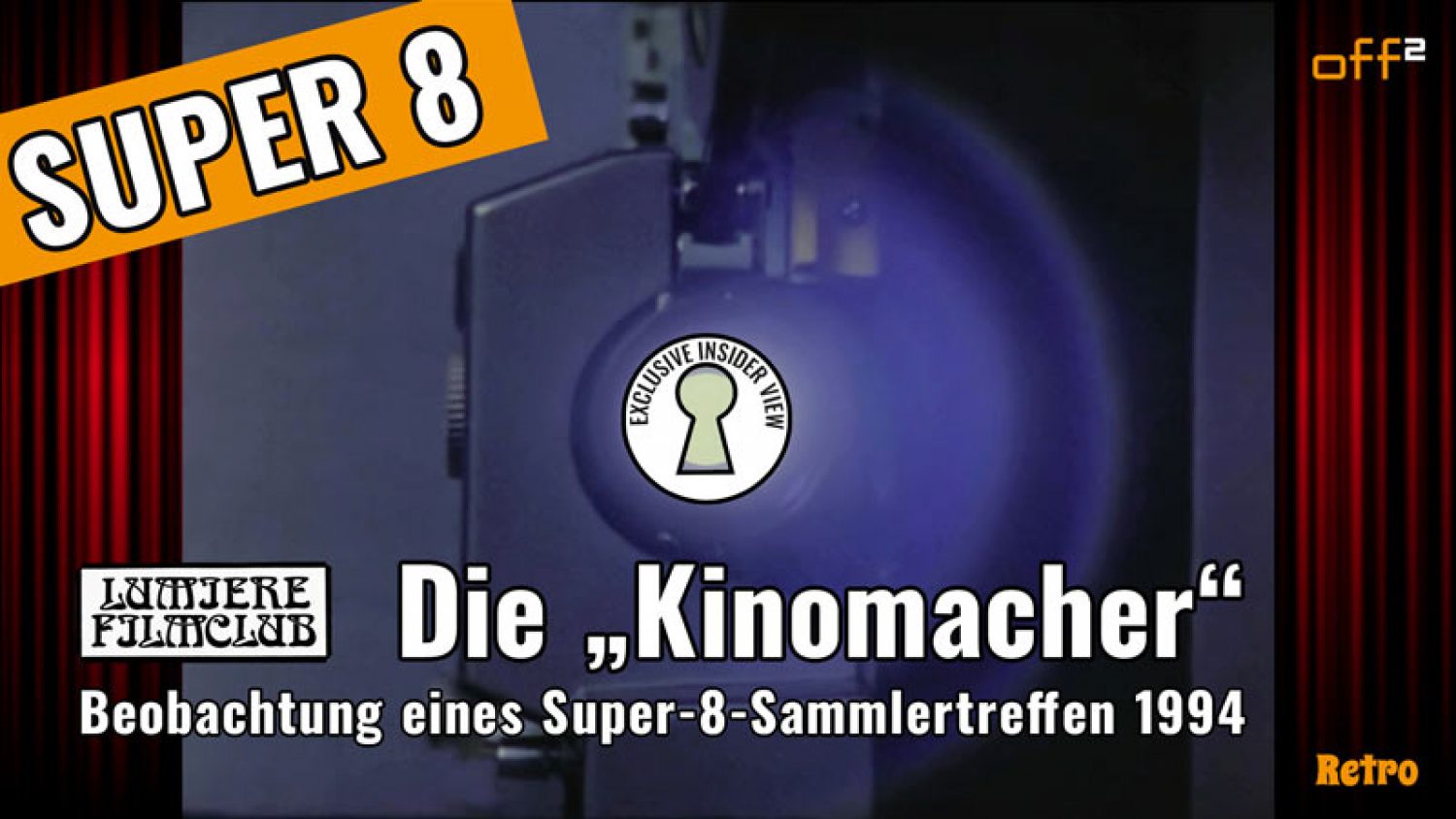 „The cinema makers“ (with English subtitles)

Observations at the Super 8 collectors‘ annual meeting of the Lumière Filmclub 1994.

1994… the video cassette has long since become the media standard in the living room, the heyday of the Super 8 film print was more than ten years ago. For high-quality large-scale projections, however, Super 8 was still the medium of choice at that time, as the image resolution was miles above the level of VHS. And so cinema enthusiasts came together under the umbrella of the Lumière Filmclub to make „cinema at home“ with high-priced Super 8 features of everything from classics to current titles – the „cinema makers“. Club members Karl-Hugo Leonhardt, Klaus Treibholz and Andreas Chmielewski portrayed the 1994 club meeting in Alsfeld and produced from it a well-edited and charmingly commented insight into the German Super 8 collector scene in the mid-90s.