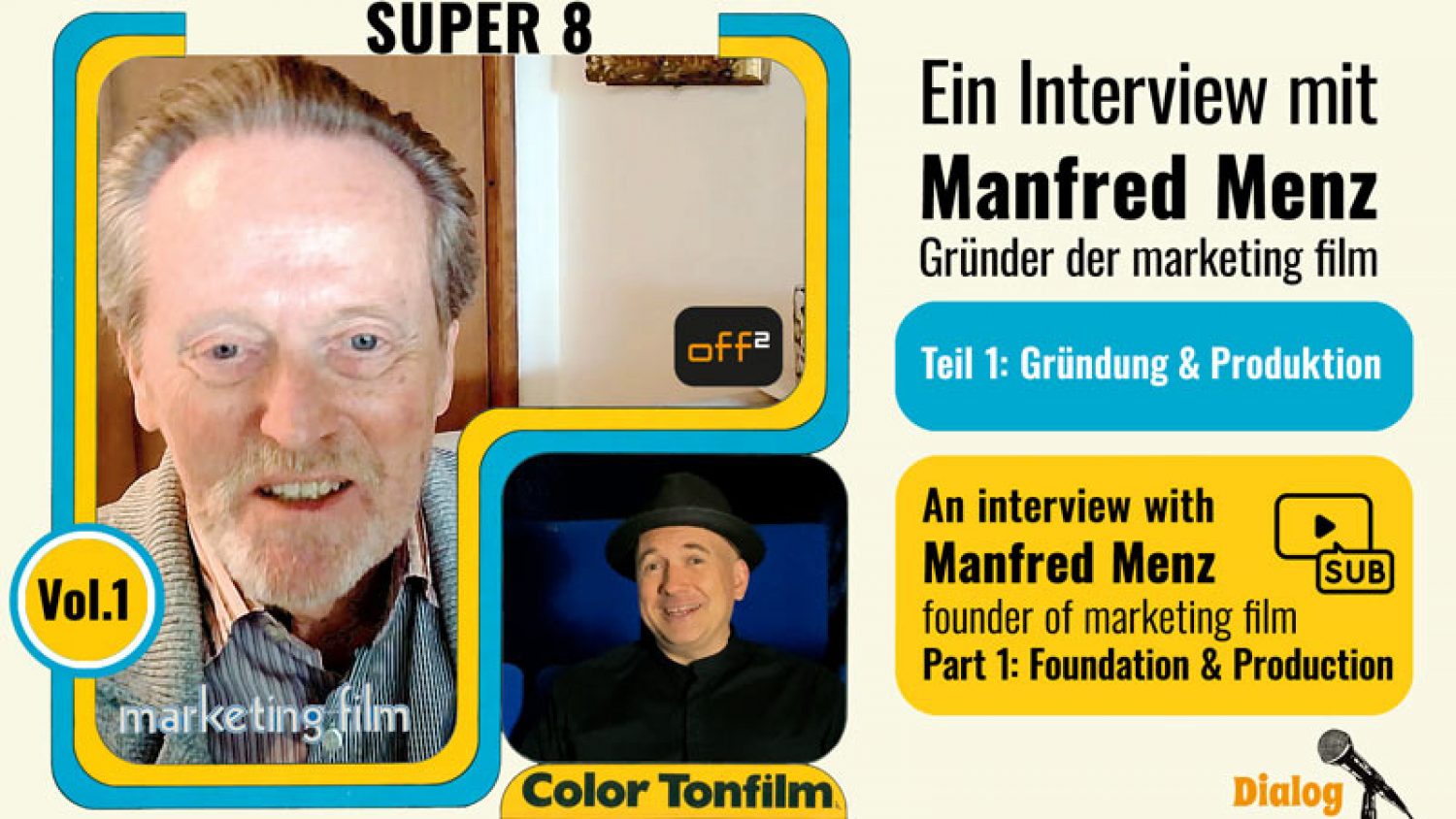 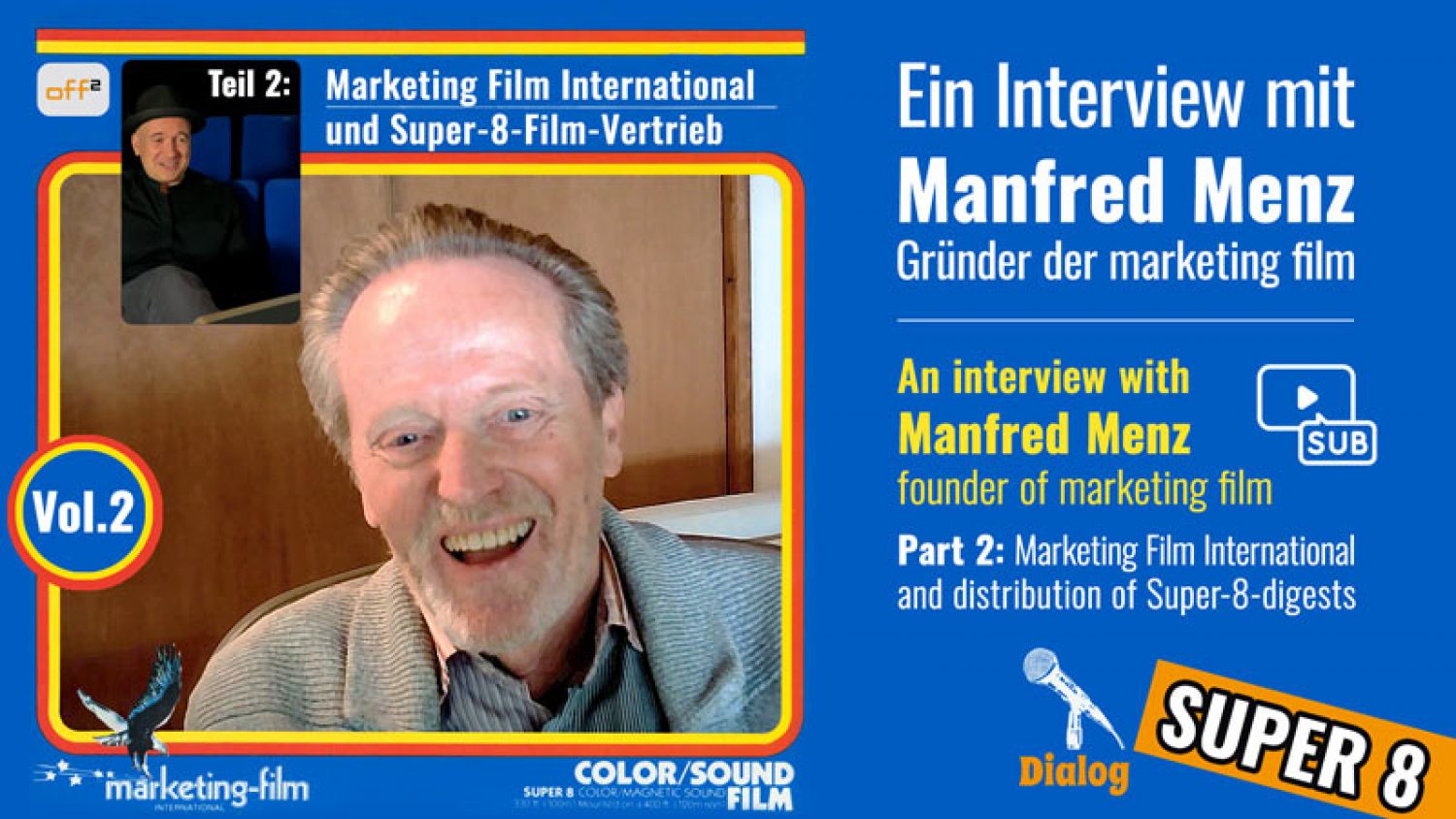 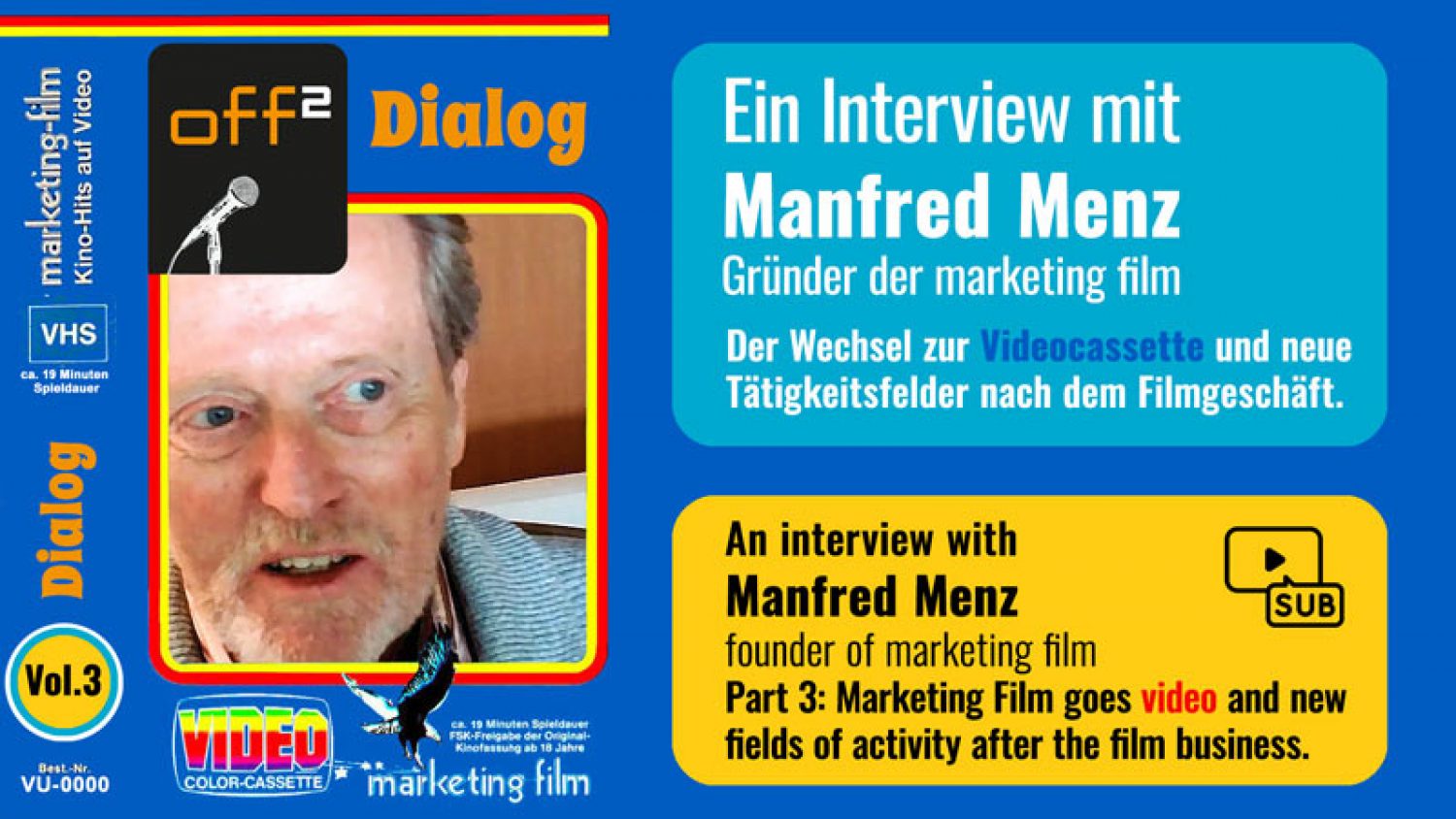 born in 1941, grew up in a cinema family in Essen. In the family-owned Lichtburg, the largest premiere cinema in Germany at the time with over 1700 seats, the big film premieres were celebrated at 14-day intervals. With a red carpet, international guests and a large press contingent.  This is how M. Menz got to know the big names of the film business from an early age. At the age of eleven, he shook hands with Gary Cooper on the steps of the Lichtburg, who had come to the premiere of „High Noon“. The local press wrote at the time: „Thousands of Essen boys envied the little boy…!“ The Lichtburg, along with a number of other cinemas, remained in family hands until the early 1990s.

And the marketing film almost didn’t even exist…

Because M. Menz actually planned to open a series of drive-in cinemas together with his business partner, Hans-Georg Rehs († 2020). In other words, to remain true to the family tradition. Hans-Georg Rehs had previously also been active in the film theatre business and had already initialised a small Super 8 distribution company under a different name. Due to external circumstances, however, the drive-in project could not be realised. And perhaps Dieter Menz, Manfred Menz’s brother, also gave the impulse for the next step with his founding of Atlas International Film GmbH in Munich:

In 1972, Manfred Menz then founded marketing film in Bochum together with Hans-Georg Rehs, and thus one of the most important Super 8 film distributors in the Federal Republic of Germany.
After initially producing simple slapstick titles, the concept of releasing the highest possible quality film titles on Super 8 soon developed. Here, Manfred Menz, who was responsible for purchasing movie licences among other things, was also able to draw on his contacts from his film theatre days, e.g. to Tobis Film. But lucrative Super 8 erotic films were also released. However, since these did not fit into marketing film’s programme concept, they were distributed under the label „Love Film“.
A few years later, M. Menz expanded his company for the international market as „marketing film international“ with headquarters in New York, spurred on by exclusive rights for Paramount productions. The American office has five to six employees as well as a number of other employees for the other activities (warehouse etc.).
At the same time, Mr. Menz also became involved in the production of Hollywood movies, such as „Barracuda“ (1977) and „Walking on the Edge“ (1983) with Robert Forster.

Ten years later, in 1982, marketing film – like all distribution companies – switches from Super 8 to the extremely popular video cassette, with hit films such as „Apocalypse Now“, „The Cannonball run“ and „First Blood“.

In 1992, Mr. Menz then decided to change course again: he ended his activities in the film business, moved to Los Angeles, USA, and became a conceptual artist.

Today, Manfred Menz lives with his family in Topanga, near Los Angeles, and continues to be active as an artist. 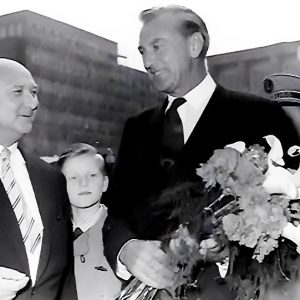 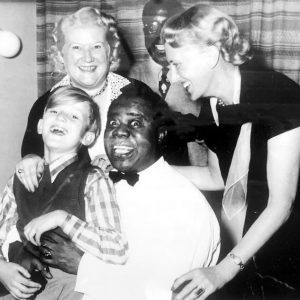 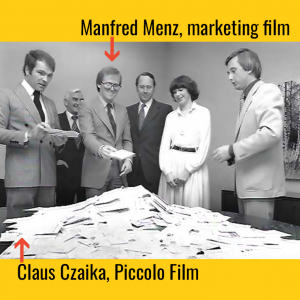 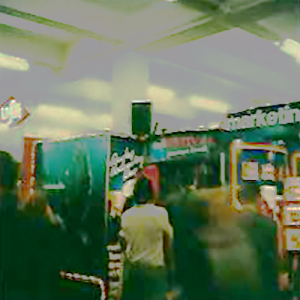 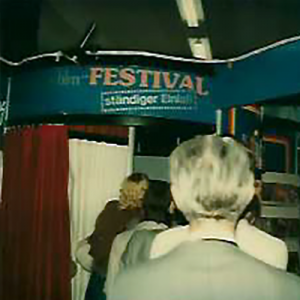 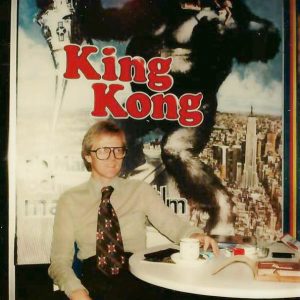 Above: pictures of the marketing Super 8 cinema at Photokina and M.Menz in front of the promotional poster for King Kong. 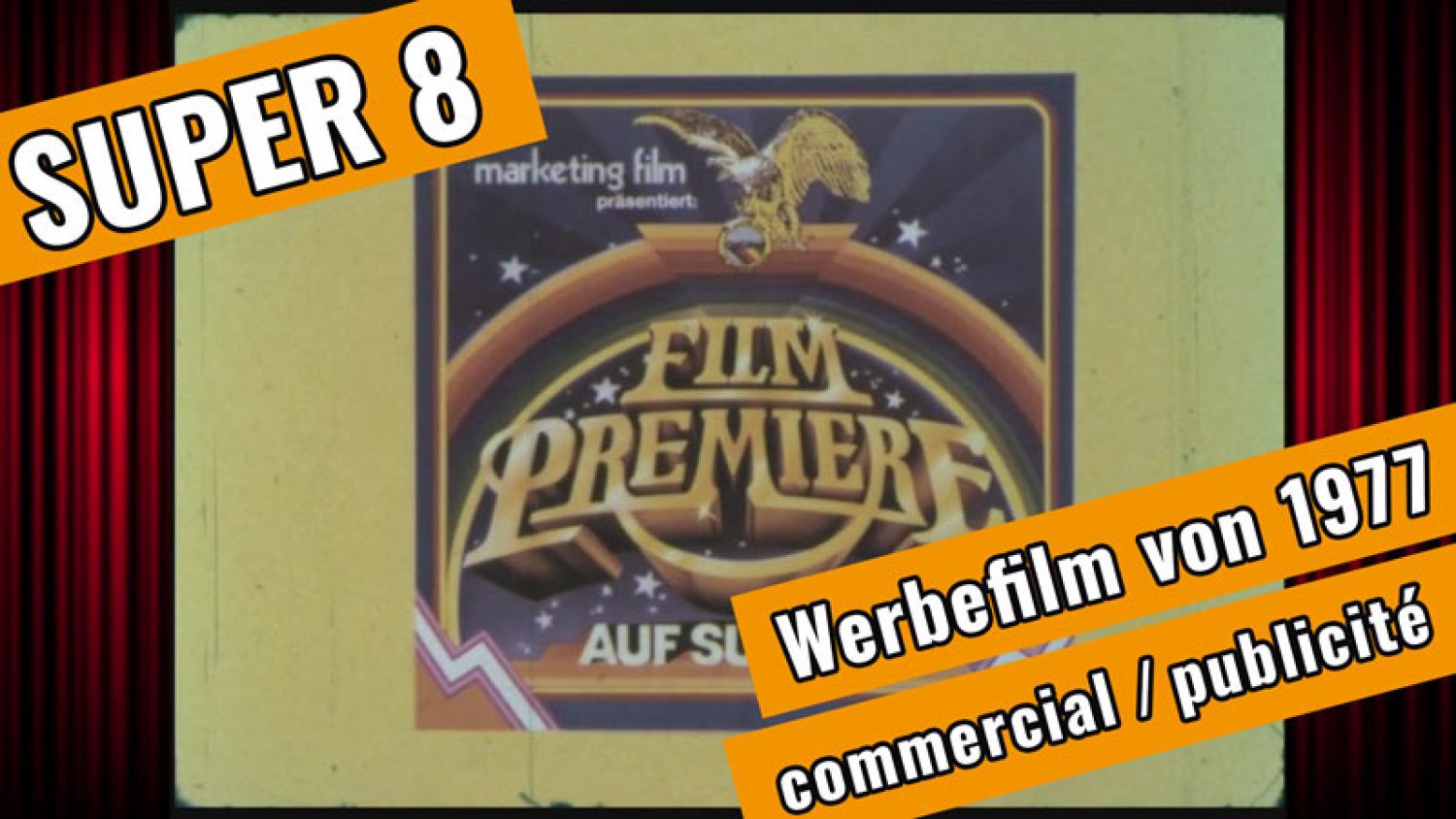 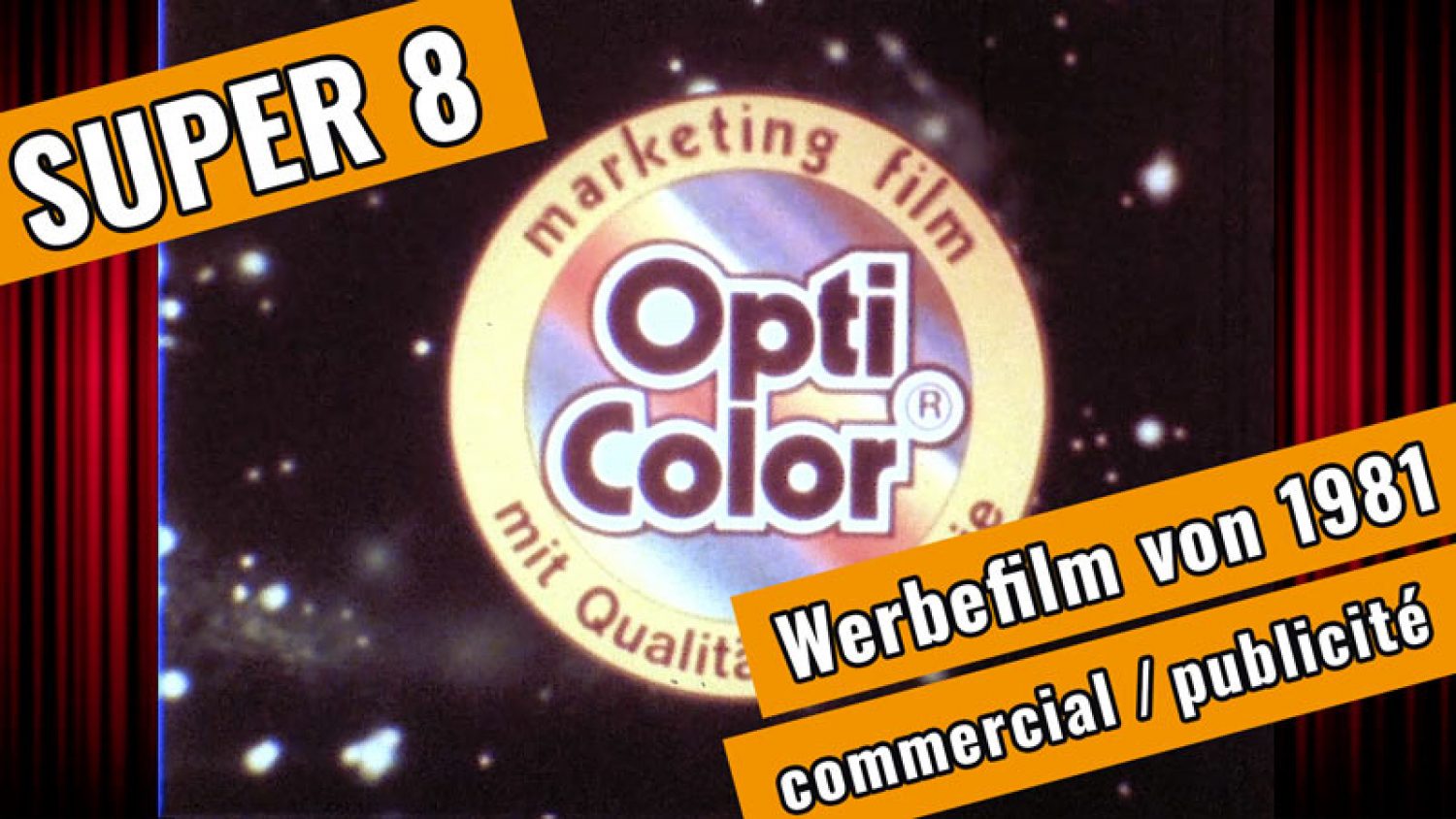 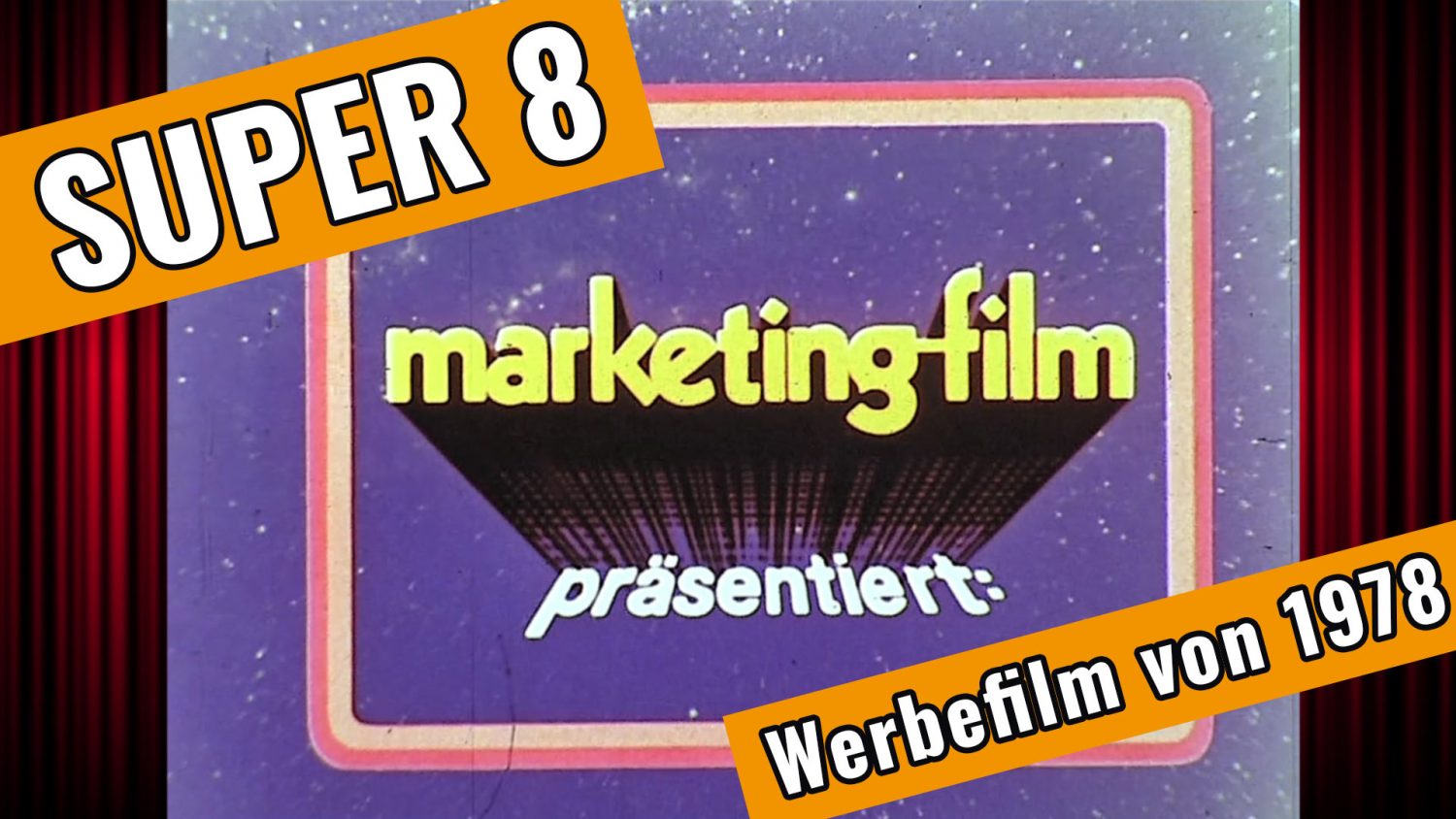 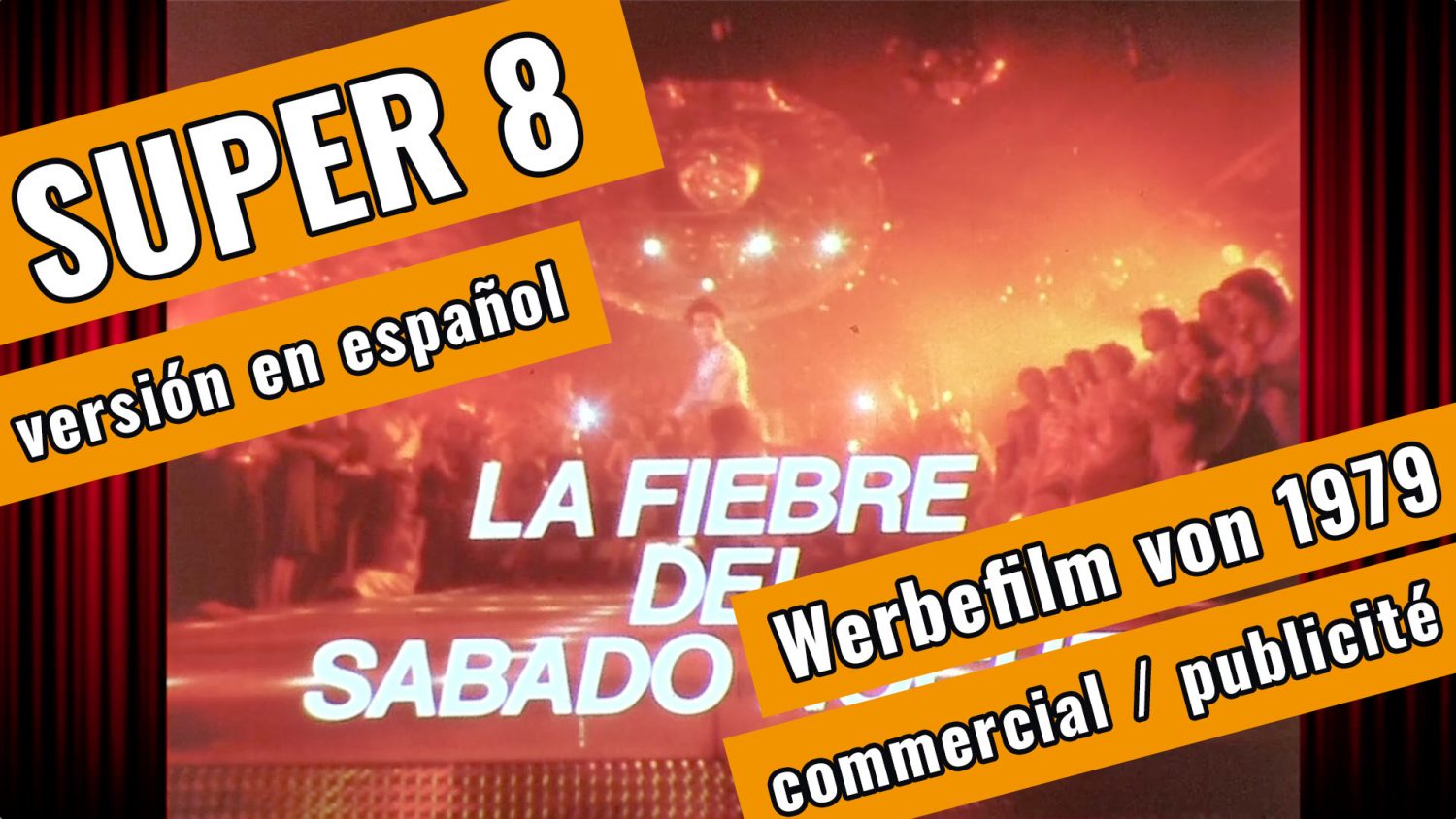 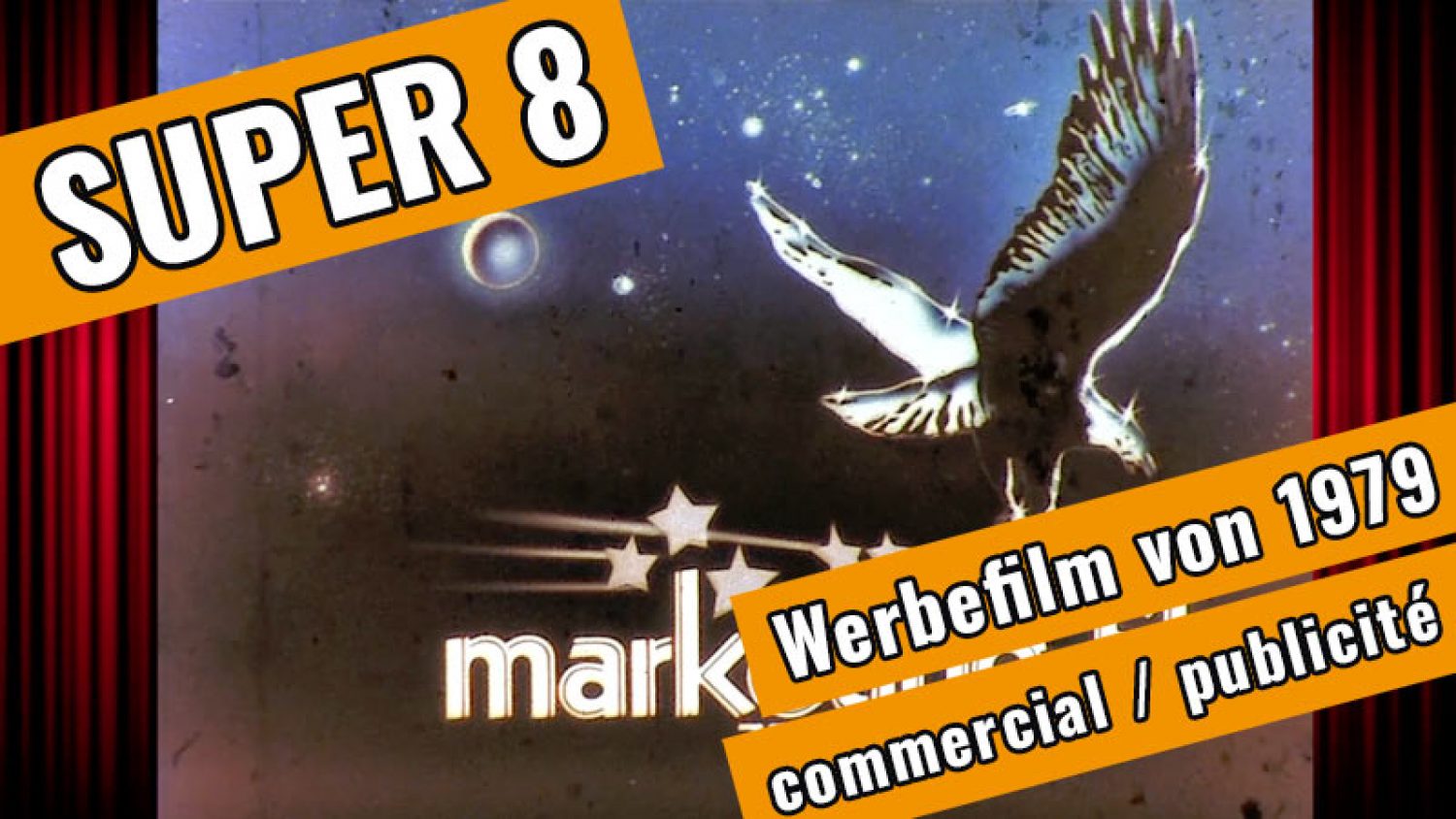